An excellent turnout from NES supporters club for tonight’s match Aberdeen and all points South to Edinburgh well represented, especially as so many turned out for the Spurs game less than a fortnight ago – well done.

Good to meet James Jacksons father Keith they are members of the Barrow branch but live in Aberdeenshire, we might get them transferred next season. Keith travelled down on the train with Judith and I.

Heard the news about DiMatteo getting sacked – surprised really, lets hope Chelsea are in chaos when we play them on Sunday.

Lots in this mornings papers about Mourinho shouting the odds – another good reason to beat them tonight.

Oh dear once again City in the Champions League has come to an end far too early. A very poor first half performance was changed into a good second half performance but once again too little too late. Never the less its worth pointing out that on this night 14 years ago we were playing away to Lincoln in the old 3rd division – food for thought – it’s not all bad is it?

Bumped into the Andrews family from Carnoustie in the hotel after the match and had a good chat with them until far too late. For some foolish reason I booked an early train home 0745 so it was a very early start and a rush to the station.

Met the Edwards’ from Montrose on the Aberdeen train, they have just joined the supporters club so a big welcome to them. That’s 5 from Montrose now.

Not going to Chelsea but will be in the Highland bar if anyone wants to join me on Sunday afternoon, otherwise I hope to see some of you at the Everton match.

Would also like to welcome new members Connor and Graham from Montrose and Derek and Jonathon from St Andrews. 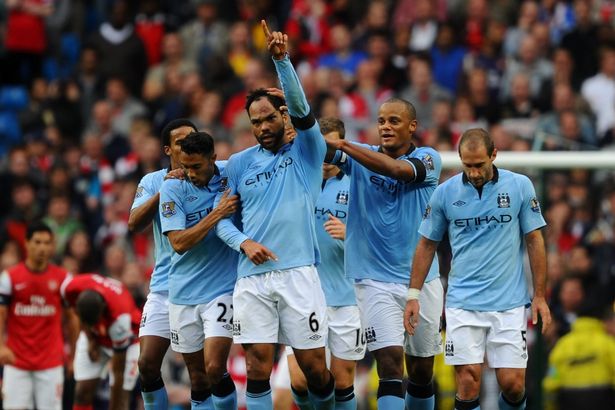 History repeated itself once more at the Britannia after luckless City came away with a 1-1 draw for the third year running.

It was a very frustrating afternoon for the champions who had to come from behind to share the spoils and remain unbeaten this season.

Basketball player and City fan peter Crouch dribbled past the City defense before slam ducking the opener.
I remember seeinga  sign in Stoke at a car wash which stated “Best hand Jobs in Town”, i can confirm thsi to be incorrect after watching Crouch performnace today.

City were dominating possesion and were up against it in a physical Stoke side, who seeemed to lead with their arms and elbows into most challenges.

Balotelli showed maturity when attacked with a flying elbow from one of the Stoke ninjas.

Garcia scored a powerful header which will have warmed him to the City fans further. As the minutes ticked down only a couple of world class saves from Begovic from another Garcia effort and a clearance off the line by Shawcross from Dzeko were enough to give Stoke a pount at home. We may look at this as a point dropped but few teams dominate Stoke to this extens so we should be buoyed by this.

Let’s hope next season we can get over this voodoo. 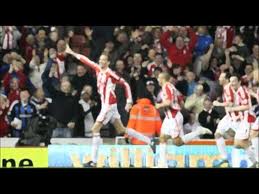