September 28, 2015 admin About the club, Matches No comments

So another away adventure to add to my scrapbook and let’s see what it had in store for the day.

Up bright and early to catch the 7-06 train from Berwick Upon Tweed and meet up with Mikie and Dougie who had started off 45 minutes earlier from Edinburgh, my bag was full to bursting with beer and Sliced Sausage Rolls I had made for me and the boys and on reaching my seat it was very quickly apparent that this was not going to be a dry day as the box of Koppenburg (There are loads of other Ciders available in the shops as well

) was sitting proudly on the table for ease of refills. Dougie had even brought a bag of ice which I couldn’t believe and remarkably it was still holding up by the time we reached Laaaaaaaaaaaandan. Laughs a plenty with quite a few City fans passing our table and letting us know they were blues, met up with a City Mate from Newcastle who was in First Class ( I swear we are going to get a reputation for being posh what with Muzz lording it up in there all the time and Kenny Taylor as well, not to mention the likes of Mick Hackin with his private aeroplane taking him too games

) . We reach Kings Cross at 11am and after a quick Cig for them it was down into the Underground and Seven Sisters here we come (Not, 2 Sisters as someone said on the train lol ).

Met a group of lads on the tube, all Spurs bar 1 mate who was City, good Craic with the lads and we ended up jumping on the bus down towards the ground with them, fair play they invited us to come for a few beers but we kindly declined and headed towards the Irish Centre. Seen quite a few people we knew and ended up sitting with Mick Hackin and friends of his, team news was had and it obviously caused much debate, especially Joe being dropped but on the bench, few beers later and it was time to move on.

Safely in the ground and squeezed together as Dougies seat was meant for elsewere, Muzz and Dave arrived and the usual greetings were had and the game was under way.

City straight away where very much on the front foot and that terrible buy from Germany KDB was shining like a beacon, the blue faithful were in great voice and you sense it was a case of when not if with regards the first goal and sure as hell up steps the Ginger Nugget with a cool slot home, this lad could become a legend at City he is that composed on the ball, City continue to boss the game and your all just waiting for that 2nd one to be banged in the onion bag, minutes to go and thought best to get a head start on the crowd with regards getting a beer, as myself and others are waiting we hear a groan, to turn round a look up at the screens and see they had scored, unbelievable after dominating the half. Bit Chat and Beer, meeting other regular Away goers and it was back up for the Second half.

The fans were still peppering back into their seats when it all fell apart 5 minutes in, Lamella swung in a great cross but god knows what Caballero was thinking as he came into no mans land and done nothing, this allowed the flick on from Alderweireld to sail into the empty net and from bossing the game to within 5 minutes later we where 1 behind, plenty time so have no fear.

Sadly this seemed to knock the stuffing out of us and our back line were a bit all over the place at times, this allowed them in the back of us and looking very threatening, At the other end it was sad to see Sergio still not quite on it, it makes you wonder if he would have been better served being rested for a couple of extra games after the knock at Palace, he certainly looks out of shape right now. 1 hour gone and Spurs get a free Kick outside the box, Erikson curls a beauty of a kick over the wall and it crashes of the bar, just our luck that it falls right too Harry Kane who controls it on the volley and straight into the empty net, you cannot help but shake your head at the scenes but still hope given the time left, sadly that’s all pie eyed as we just don’t seem to be on it now, another 20 minutes and they drill home the 4th goal and for us it is time to go, get a head start up that bloody road back to 7 sisters, a black Cab is seen ahead and a little sprint is put on by myself and jump in it in front of a few annoyed others, as they say “ If you’re not fast, your last “ , jumps straight on tube back to Kings Cross which had a spurs fan who wanted to fight us all (But all in a good fun way though ) , few craics had and it was our stop, bid him and others farewell and we were on our way to our last train home but still had an hour to spare, a few more beers if you don’t mind and we find this little boozer, pints ordered then the music comes on, out pops a female with very few clothes on and its game on guys, very quickly there were more clothes on the floor than on the female, it would have been rude to not stay for another few beers and view the other pieces of art that were coming on show

,  time to move on and grab our train home, just making it with 30 seconds to spare lol.

The journey home was a hoot with a poor guy on his way to a stag do in Newcastle and was staying sober, WAS being the operative word as we soon got him joining in with us, off he went at Newcastle and on jumps a couple of young lads, 1 shouting is this for kings X, NOOOOOOOOO it’s for Edinburgh I shouted, they wouldn’t let him off and so they were now on their way to Scotland, turned out there where others and the lads were Chelsea fans, managed to calm them down and get them sorted.

Off I go at Berwick, it is now near 8pm and the motor can have a sleep over in the Station car park as not fit for driving lol. A wee walk down to Chinese, food lifted, lift sorted from mate in the bookies and arrived home around 8-30.

Absolutely belting day as per usual when going Away, spoilt by the result but quickly forgotten, obviously on seeing footage we seen shocking officials on show yet again that definitely turned the game, yes we need answers to quite a few questions regarding our own play but that cannot detract away from shambolic decisions.

So its onwards too Germany for the lads which I’ll sadly miss, but I’ll be back next Saturday at The Etihad cheering the lads on and no doubt consuming an odd beer or 3. 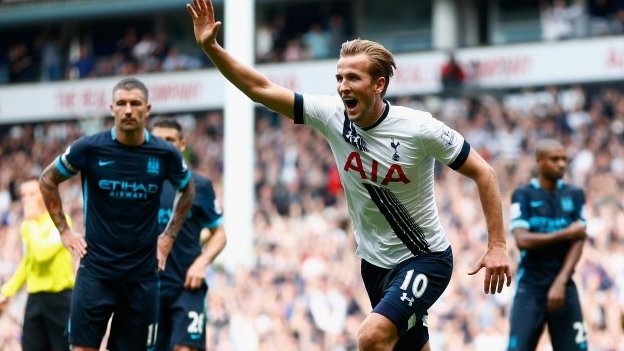