September 17, 2015 admin About the club, Matches No comments

Early set of for myself in my Scottish Borders base, caught the 11-12 from Berwick Upon Tweed, change at York with enough time to visit their bar, the least said about the pint that was placed in front of me the better, still onwards with the journey, arriving into Manchester at 14-44.

Having made arrangements to meet fellow NES member Mikie Garry, as well as a mate Dougie, who shall be joining up shortly , I popped up to the Bar in the station upon where another NES member Ian Dickson arrived to get a ticket from Mikie, a couple of pints and Ian and Mikie left to go watch the EDS game, me and Dougie went and checked into our Travelodge at Ancoats (Very central and prices you cannot grumble at).

A few pubs visited before the game whilst meeting up with a few other City mates and it was time to jump in a taxi to the stadium.

Arrived at Stadium around 7-20 and the queues were not bad, at our point (Section P) They had 1 turnstile for  paper tickets and another for season cards, made entering very quick, atmosphere was nonexistent at this point but I made my way to my seat (After going down wrong set of steps and squeezing past a full row of fans), Seeing all the laid out scarves over the seats in South Stand was brilliant and thought we were in for a spectacle(If only fans where more clued up what was happening), it was filling up nicely and a few chants where had but very sparse, still it has not kicked off yet so no worries.

The players appear in the tunnel and scarves are held aloft by most and cry’s off City, City, City revered around the ground, followed by lots of Boos as the Champions League anthem kicked in.

Under way now and City very quickly on the attack, Ball played through from Dino(Absolute Rock for City) for Sterling and great chance to go 1 up but a very weak attempt is saved by Buffon, City fans get going and it looks like we could be in for a great night. Not much to choose between both teams and The South Stand are trying to lift the crowd but is soon diminished which is very frustrating, why fans don’t want to sing is beyond me but heh ho each to their own, still nothing much happening with Sterling being marked tighter than a Celtic Fan inside the Rangers End at Ibrox

. Half time and time for a seat seeing as we cannot get a beer.

2nd half gets under way and the place erupts as Sergio, KDB and Navas appear in the South Stand corner, pretty sure they had more eyes on them than the players on the pitch, obviously I was the same otherwise I wouldn’t be commenting on it, lol, Juventus have more of the ball but City get a break culminating in a Goal from Kompany(Well that was initial thoughts), thankfully it was allowed to stand which brings the fans to life, We could have doubled our lead quickly but Sterling is stopped again, 10 minutes later and it is all level, Manuel brings on KDB for Sterling and it sees a cheer from the crowd which is quickly followed by another that sees our Captain replaced by Otamendi ( We have now got Nicolas Otamendi, as well as kun n zabba

). He initially looks to be struggling to hold the line with his fellow defenders, minutes later and we are doomed, curling shot flys past Joe and that was that, for me it was time to go and have a refreshment.

Summary for me was that Bony is a great hold up player but struggled to lead the line, don’t want to jump on his back just yet, Nasri was poor, slowing the play down too much which seen Sterling receive fewer cutting balls and in all the intensity was just not there, whilst Navas receives stick for his final ball he does offer us up true width and pace, this surely helps ease the congestion in the middle, just my opinion which may be nonsense..

Into town anyway and on the lash it was, bed after midnight and up sharp and grabbed the 5-47am train home, arrived back into Berwick just before 10am, 24 hours gone and plenty happy minutes alongside 20 sad and angry minutes, but heh ho its City and its what we have come to expect, onwards and upwards for the next journey. 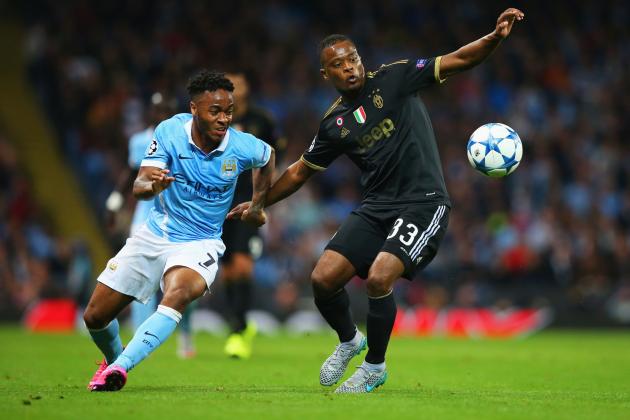