September 15, 2015 admin About the club, Matches No comments

After plummeting out of the Europa League West Ham have started the Premier League season very well. The Hammers have picked up victories away from home against Arsenal and Liverpool and look very dangerous playing away. Central to their positive start has been Payet who has impressed with his strength, skill, power, passing range and shooting ability. The commentator during the Newcastle game likened him to Carlos Tevez which is a fairly decent comparison when you consider his strengths and style of play. Payet would appear to be an absolute steal at £10M; Payet appears in the Top European league player stats of the 2014-15 season numerous times. Dimitri Payet (Marseille) had 17 assists only bettered by Fabregas (Chelsea) 18, Messi (Barcelona) 18 and De Bruyne (Wolfsburg) 20. Dimitri Payet (Marseille) 133 was top man for most chances created finishing just above second best Kevin De Bruyne (Wolfsburg) 111. Dimitri Payet (Marseille) 86 was second best statistically for Most crosses completed behind Kieran Trippier (Burnley) 91. Dimitri Payet (Marseille) 21 was also second for Most through-balls completed behind Lionel Messi (Barcelona) 33 with Silva 4th 18. All that considered it’s a huge surprise that West Ham managed to secure his signature firstly at such a modest price and secondly with no real competition for the 28 year old attacking midfielders signature.

I Expect Slaven Bilić will rest one of his forward 3; Carroll will possibly make way for the additional player in central midfield. West Ham had to fend off interest from three top Premier League clubs to keep hold of 16-year-old Reece Oxford and I expect that after a very established debut in the 3v0 win against Liverpool he will be given the opportunity to face Man City. Adrian is likely to return on goals after suspension despite strong performances from Randolph, either keeper should expect to be very busy defending the barrage of City attacks. I hope that we continue with the same back 7 and go for the front 4 that all City fans are desperate to see; Silva, Sterling, De Bruyne and Aguero. Chelsea v Arsenal is the early kick-off and if Chelsea secure the home win and City get a victory that would place them 8 points ahead of Arsenal and 11 ahead of Chelsea before United play a tough match away at Southampton. What I would give for keeping the current logic going 3v0, 3v0, 2v0, 2v0, 1v0, 1v0. Has any team ever won the first 6 without conceding in the Premier League?

City are currently in good Kompany with 100% records in top tier football leagues; they share this accolade with Barcelona (3), Inter Milan (3), Dortmund (4), Bayern (4) and Aberdeen (7) in their respective leagues. After a disappointing performance in Europe City must bounce back with 3 points!! 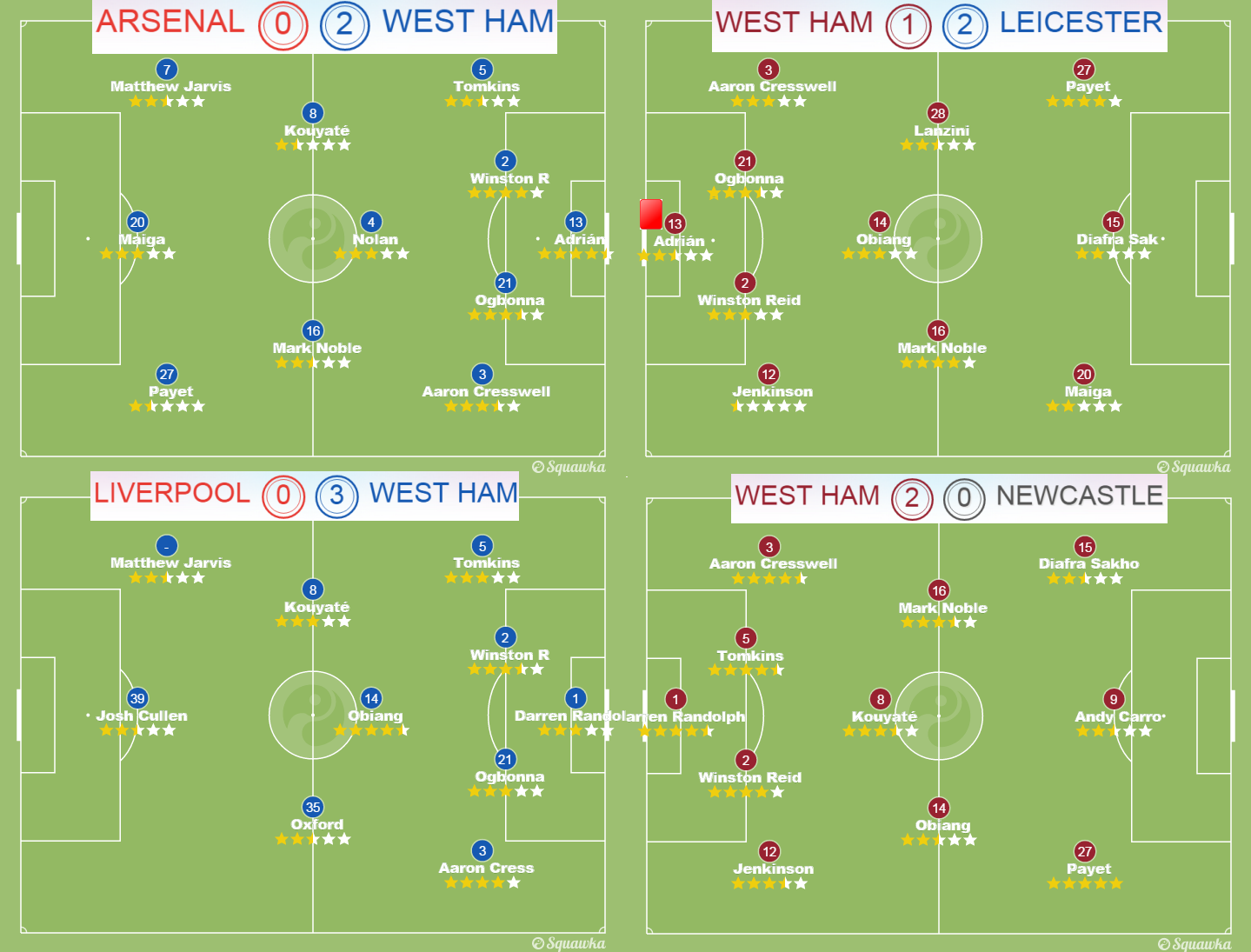 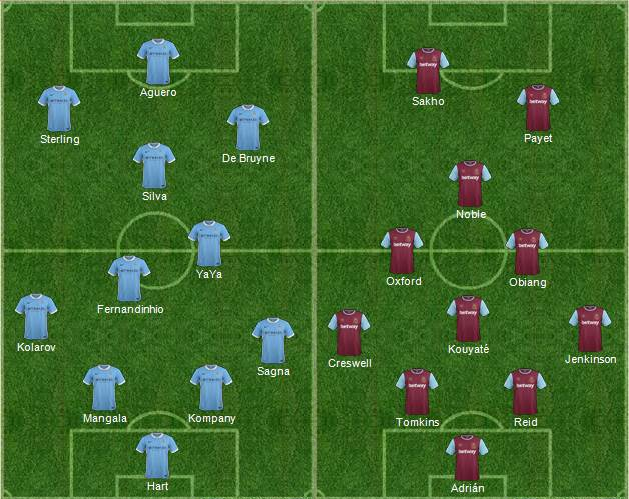 Manchester City have scored 24 goals in the last ten games against West Ham, Aguero has 5, ______ has 5, YaYa has 4, Silva and Dzeko both scored 2, 1 own goal but which other 5 players scored once?

You can find the full City team, match reports and Youtube videos here with footage from these matches

Robert Madley has only refereed 20 to flight matches as you can see with his Match History, he has only refereed a Man City match once versus Leicester in a fairly uneventful match from a card perspective (only 1 booking) – interestingly City were only awarded 6 fouls to the 13 of Leicester.
Sent off Behrami (Watford) in last match which was a deserved red and once sent off 3 player in match between Southmptn 0:3 West Brom. I think we need to be careful in this match and ensure we don’t give the referee the opportunity to influence the game! 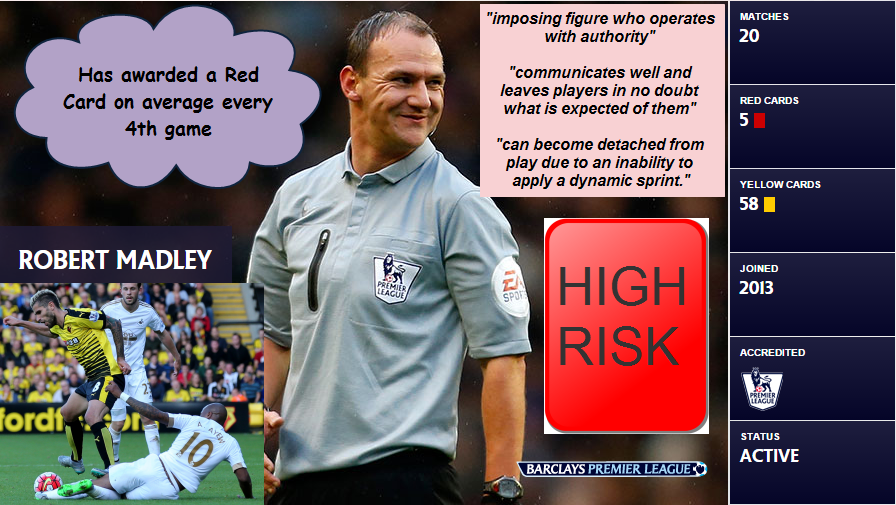